It’s a beautiful (and not ‘Silent Spring’) day 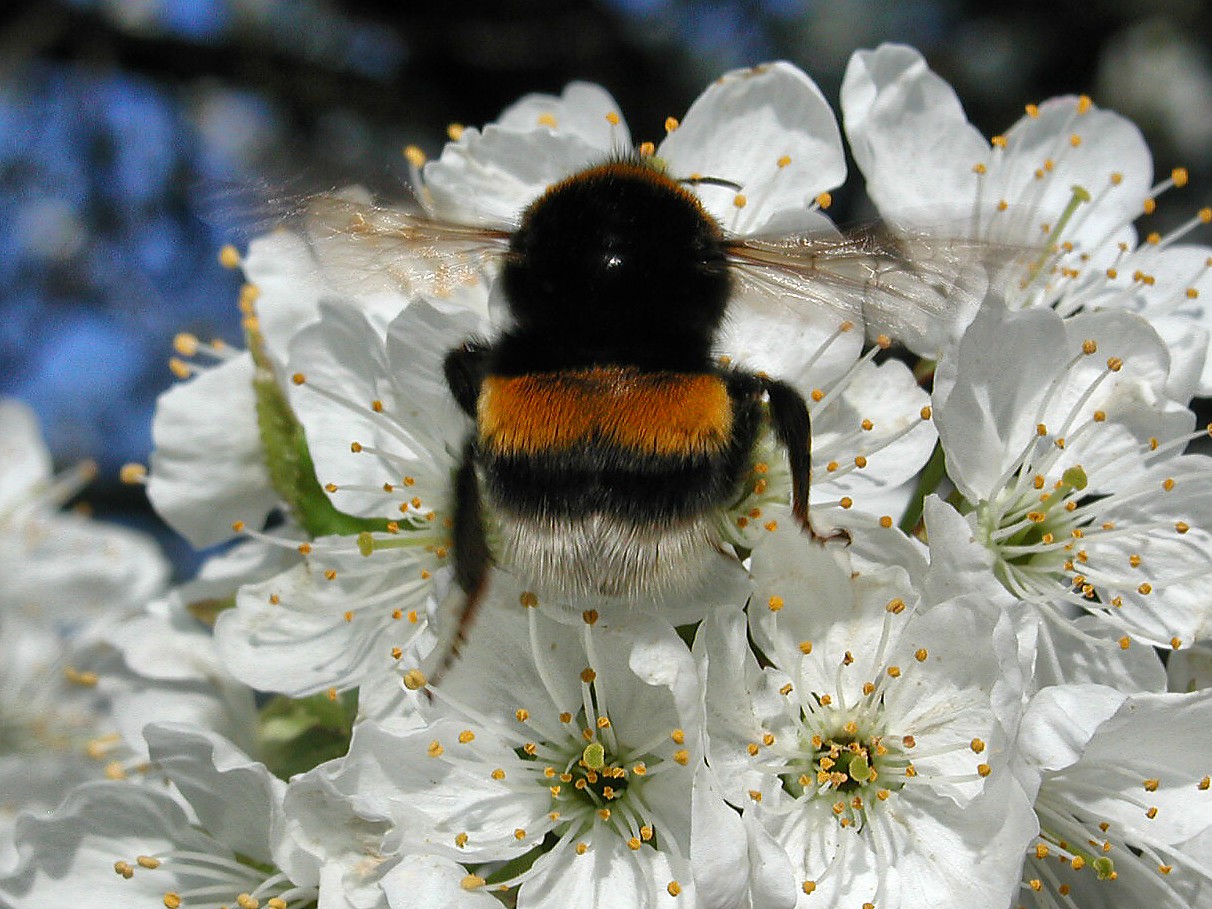 As the vernal equinox arrived a good friend told me of his delight at hearing the bees on the cherry blossom in his garden. “That’s what you pick up first”, he said, “the noise. As you stand and watch, you see one bee moving and then, all of a sudden, you start to see them all. Loads of them.” He was planning to recapture the experience again and again whilst it lasted.

Such spectacles might become a less common sight – and sound – according to the journal Science which had two reports about the effects on bumblebee colonies of a pesticide in widespread use. In one study the hives of bees exposed to these neonicotinoids produced 85% fewer queen bees than those which weren’t, suggesting the chemical is suppressing bee populations on “a pretty staggering scale”. In the other study researchers tagged bees exposed to another type of neonicotinoid and tracked their movements. They found that significant numbers got lost and did not return to the hive, threatening the colony’s viability and ultimate survival.

The hazards of pesticides have been known for some time. In the early 1960s, Silent Spring, Rachel Carson’s expose of the lasting damage caused by DDT, was influential in setting the stage for the environment movement. More stringent controls on the agricultural use of pesticides followed. In the case of neonicotinoids, doses (if adhered to) are deemed safe if they do not exceed what occurs naturally, a level that does not kill bees. But, as Dr. Henry from the tagged-bee study noted, “the authorisation processes ignore possible consequences for the behaviour of bees”. He therefore hoped “the people in charge will be more careful”.

In a 1968 lecture, Gregory Bateson (1904-1980) worried that our ability to ‘be more careful’ was slipping away as we harnessed the white heat of modern technology (like pesticides). He predicted that, with more effective machines and tools at our fingertips, we would find ourselves getting into deeper messes. Bateson put this down to a curious twist in the way our minds operate.

We act according to what we see as common sense. But this is an unconsciously edited version of just a small fraction of what is going on around us. The ‘editor’ in our heads creates what we see under our noses based on what we want to get – such as better crop yields by deterring or killing creatures that deplete them. That’s a fantastic short-cut to get you quickly to what you want. In science it has given us ‘a bag of tricks – some of them very valuable’, as Bateson acknowledged.

But this ‘curious twist’ lets us down when it comes to acting wisely. It’s not unusual to find we have an emergency on our hands, or one just waiting around the corner. Faced with these crises, we have little time to plan and are left, as Bateson said all those years ago, “with a dim awareness that expediency will never give us a long-term solution”. That sounds very reminiscent of Dr. Edwards Deming’s warning that industry, education and government were being ruined by best efforts. Many have since mistaken his guide to acting wisely as simply a bag of tricks. But that’s for another blog post. Time now to go out and enjoy the noisy Spring.