Not in my backyard – or the front 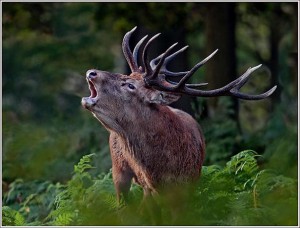 In an earlier post David talked bollards - the wooden variety used on the roadside, that is. The ones on his street were forever getting damaged or knocked out of the ground by drivers of larger vehicles. It wasn’t their fault. They didn’t have enough space to manoeuvre back out.

During five years spent looking out of his window he had watched a succession of workmen turning up to put them back again. No matter how many times it happened the fix was always the same – a bigger block of concrete. It had gone on for so long that only one conclusion could be drawn: experimenting with solutions, learning and continually improving was not a management priority.  Which made me wonder what was?

I decided to ask a friend. In her job on the front-line giving advice and taking referrals for social services she has a ring-side seat on what managers get up to during the working day. “It’s like that bit in The Wire“, she said as we began our weekend constitutional walk. “You know, the one where McNulty finds a body drifting out to sea”. I won’t be giving too much of the storyline away so no need to ‘look away now’ if you have yet to view the programme.

She was referring to the very first episode of Series 2. It’s the turn of the millennium and, when he is not binge drinking and cheating on his wife, Jimmy McNulty is a cop in Baltimore. Nothing much has changed in the US east coast port in the two decades since the eponymous song. For housing project residents it’s still as bleak as Randy Newman painted it: the city’s dying; oh man it’s hard just to live. It seems dying is easier – in the west of the city alone the police deal with 300 murders a year.

That’s a number McNulty’s boss, the hard-arsed Colonel Rawls, knows off by heart, it being the denominator for working out his squad’s homicide clearance rate. The detectives under his command are acutely aware of Rawl’s obsession with this statistic which he can quote anytime to within a tenth of a percent. Whenever it’s in danger of slipping he gets on their backs to wrap up outstanding cases. McNulty is obsessed with bringing criminals to book too. His focus is down on the detail of police work however and less on the stats.

He makes no secret of his contempt for those who put chain of command above doing a good job. “I thought you was real police”, McNulty chides senior FBI officers who decline to lend their weight to a prosecution case being built against drug gang leaders. News of this outburst filters its way back to Rawls who was already looking to get McNulty out of his squad. Feeling humiliated, and incensed that McNulty went over his head to meet the feds, Rawls loses what little patience he had left. At the end of Series 1 McNulty is demoted to harbour police patrol, a ‘sentence’ to the worst place he’d like to be.

As they approach the floating body McNulty spots that the unfortunate young woman has both legs broken. A jumper from the bridge reckons his crew mate. Once ashore this suicide verdict looks doubtful as McNulty notices that the woman has defence wounds. He leaves it to his former colleagues in western district to investigate. A day or so later he pays a visit to their office, the first time he’s been back since his demotion. He’s gone in search of detective Bunk, his drinking buddy, but he’s out on a call.

“Look who it is. Sailor boy!”, the departmental sergeant, Jay teases McNulty. After giving them the benefit of his views on their latest dead body McNulty asks them to tell Bunk he was there. “Have fun”, he says as he turns to leave. “We already had our fun dumping her on Bulmore County”, Jay shoots back with a hearty, self-satisfied laugh. “The County?”, asks a shocked McNulty. “You fished her out east of the bridge. That’s Bulmore County. She’s their stiff”, Jay explains. “You sold them on that?”, McNulty enquiries incredulously. “Rawls did”, Jay goes on, “he rang up their colonel and says ‘you’ve got a hell of a murder on your hands’.” This time McNulty does leave, looking like a man with a mission.

A few scenes later it’s early the next day and we are back in the homicide office. Rawls opens his door and steps out looking down at some papers he’s holding. “Sergeant”, he calls out almost coquettishly, “your floater’s come back.” In the preceding scenes McNulty is seen working through the night poring over maps of the habour and eventually faxing the results to Bulmore County CID. Rawls reads out the bad news – “some useless idiot in our marine unit reported to the County boys that the early morning tides and wind currents show the body went in to the water on the west side of the bridge”. To spare you their expletives let’s just say McNulty’s name is mud.

All this arguing the toss sounded very familiar to my friend who works in social services. On occasion the disputes are with counterparts in another town where the person seeking help has come from, usually recently. More often, it’s not someone’s claim to residence that is at issue; it’s whether what will help them is classed as social care or health care. The distinctions can be very fine, and the managers have to be adept at standing their ground with the local health service providers.

What’s at stake after all is their reputation as strong or weak managers. Quite naturally they pay most attention to what will come under scrutiny like avoiding budget over-spends and hitting the targets on the key PIs (performance indicators) that get reported upwards. It’s likely to be the same in the department responsible for those bollards outside David’s house.

As most organisations are set up to make the separate functions accountable to the ranks above, those who get on will have learnt, without really thinking about it, what the McNulty character in The Wire has not. As Jay pointedly tells him after triumphantly announcing the dumping of the murder case on the neighbouring police force: “It’s all about self-preservation, Jimmy”. For that a pair of menacing-looking antlers are, figuratively speaking, indispensible.