Hands up if you know the answer Were you born in a field without a gate? 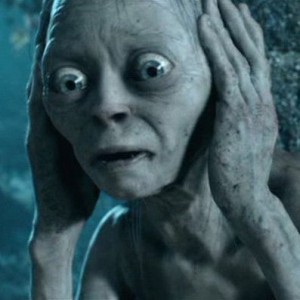 It’s sometimes said that your tongue can make you deaf. If you just spoke a little less and listened more you might just learn something. Most of us see the sense of that advice, though doing it maybe another matter. Me, I’m not saying! Another cause of ‘deafness’, much less widely appreciated perhaps, is the purpose behind what we do, whether that’s an explicit one or not. I’ll tell you the first time I truly recognised this.

A local council asked me to survey people in terraced houses without driveways for ‘off-street’ parking. Instead they had ‘on street’ parking schemes introduced after residents had voiced frustrations about getting somewhere to park in their road.  By buying a permit they could park within their local zone, but anyone else could only stay for 10 minutes.

The survey, as surveys do, asked about satisfaction and value for money. Many residents, it turned out, were not happy . They highlighted two main problems. For one, they didn’t like getting ‘penalty charge notices’, parking tickets to you and me.  They appealed against these PCNs and in 80% of cases they won.  That’s because the new permit they had ordered hadn’t arrived, or they just hadn’t stuck it in their windscreen yet. The other bugbear was finding they often had nowhere to park near their home, sometimes not even in the same street. If this was a residents’ parking scheme then it wasn’t working as they, the residents, frequently couldn’t park.

What happened next really confounded me. My response to the survey’s ‘customer insights’ was to immediately start thinking of solutions. Everything from painting parking bays on the street to allocating one to each house. Why else go to the trouble of doing a survey if you weren’t going to change things in line with the findings?  But try as I might, the best I got from my council colleagues was polite, slightly amused indifference. They just didn’t seem to care. Was I missing something? Well yes, I was and so were many of the car-owner residents.

It was my fellow blogger, Phil, who pointed out that the purpose of the schemes was not to ensure residents could park, but rather to stop non-residents from parking! That’s different. They were non-resident parking exclusion zones. These increased the odds that residents could park but didn’t guarantee it. The actual purpose behind the schemes meant quite simply that those who ran them were unmoved by the plight of their customers. They didn’t share the same purpose. Until they did, residents’ concerns would go in one ear and out the other.

Now, many years on, I see that this council calls them Residents’ Priority Parking Schemes.  This, no doubt, is to make the purpose as they see it clear. ‘Being in the scheme’, they state, ‘does not guarantee you a space but gives you priority over other vehicles’. So that’s that then. I guess they, unlike me, must be content to just ‘manage expectations’ – a phrase I loathe. But if they’d listened to the survey they would have come out with a different purpose. Who knows what creativity and learning this would have unleashed? A follow-up survey might then have shown less grumbles and gripes and more delight amongst the people they are meant to be serving.

So remember, your tongue isn’t the only thing that can make you deaf. In organisational life, the very purpose of your team or service, its reason for existing, could leave you hard of hearing.